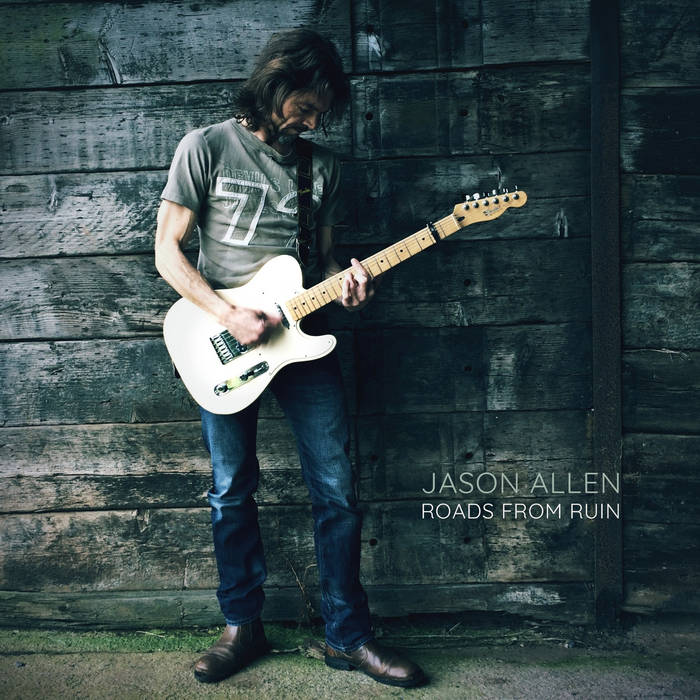 "During the first six months of 2017, Lady Inspiration found me with time on my hands. I wrote a batch of 30 new musical ideas and reams of lyrics.

I picked a dozen of these new songs and spent the summer recording, arranging and mixing. Working in daylight made a welcome change.

My previous effort (Fieldwork, 2015) was made using only acoustic guitars. This time around I decided to concentrate on electric guitars. Completed in October 2017, the resultant album is called Roads From Ruin."

All songs written, performed, produced and mixed by Jason Allen.

Thank you to friends and family near and far.
We will always be young.

Singer, songwriter and multi-instrumentalist hailing from Somerset, England. Jason has written and self-recorded multiple solo albums and EPs, the most recent of which (June 2021) is Natural Courses.

More information can be found at www.jasonallen.co.uk ... more

Bandcamp Daily  your guide to the world of Bandcamp